battleface caught up with traveller Gwendolyn Janke in December at Malta’s International Organ Festival. She’s currently cycling around the coast of Cuba.

Tell us a little about yourself.

I’m a half-German, half-English 46 year old who speaks good basic French and Spanish in addition to the native languages of German and English (I grew up bilingually) and therefore currently live in Berlin. I have had a few jobs – secretary, tour leader, translator/interpreter and now I work in a Kindergarten with children aged between 2 and 6 years.

How did you get the travel bug?

Throughout my life I felt that there had to be a different routine from the school, uni, job 9-5, 6 weeks holiday a year and that’s your lot. So I implemented my idea of work until you have some money  and then take off! All fine when you don’t intend to start a family or get a mortgage (dreadful ball and chain, those things!) So off I went to India after my first 2 years working in an office. That really set the scene for me in the sense that I found like minded people on the road and was motivated to go my way, go against the flow, however lonely that sometimes can be.

So I took off to Egypt to lead adventure tours because I thought it would be a challenge to work and live in a country where men dominate. And boy, did they have a lot to reckon with, with me. 6 foot and full of self confidence, they failed miserably to marry me off or intimidate me to leave. It was amazing. 3 1/2 years amongst Muslims in Egypt, Jordan and Morocco was a blast. Back then also, it was very safe. Never in all that time was I attacked, mistreated or verbally abused. The same goes for every passenger I had over those years.

What’s the best thing about travelling alone as a woman?

The best thing about travelling alone as a woman is that….you never are alone if you don’t want to be! Sure, you have to be on your guard more against sexual abuse but really, if you dress like a man and walk like you can handle yourself, it is never a problem. 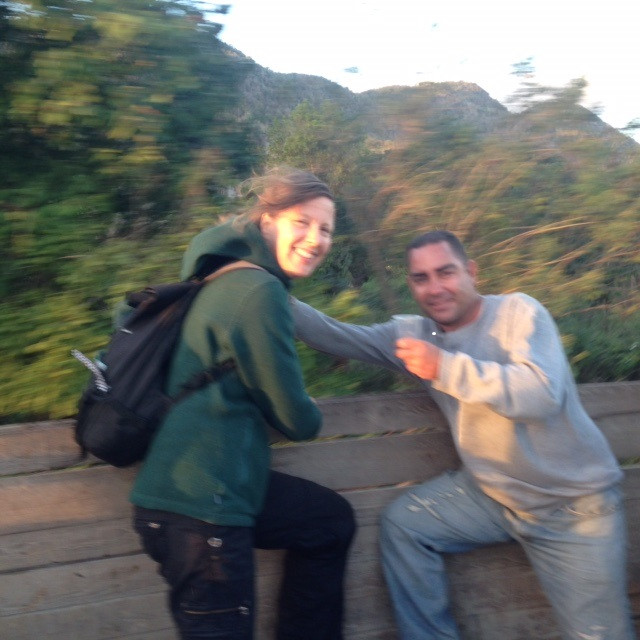 And the worst thing?

The worst thing is that I really can’t do everything a man can, due to strength or acceptance in some places. Grrr!! Oh, and periods/menstruation. A right pain in the backside when in the desert or halfway up some volcano in Peru and camping!

How do choose your destinations?

I decide on my adventures spontaneously! I might have read something or met someone who tells me incredible things about their hometown. I might have started learning Turkish as there are so many living in Berlin, so then of course I want to go there to practice in the outback villages where nobody will want to practise their English with me.

How do you prepare for a trip?

The only prep you need is some back up for docs and money, some ear plugs, a washing line and off you go!

Got a favourite travel story?

I was wandering around the Ella caves in India, alone, and was just picnicking way up on a rock when a school class came along with their teacher. They literally swarmed round me, opening up their lunch boxes and sharing with me, trying out their phrases of English. Then I was invited to the school and played skipping with the children on the playground. One girl then said I must come home, so when the bell rang she dragged me to her mum waiting at the gate and I went to their house, sat in the courtyard where the brother started waving this huge palm leaf over me as it was so hot and maybe I was rather pink in the face.  They offered me nuts and fruit and basically just touched me and stared at me. It was incredible. I took a photo and got their address to send it to later (this was 2000). It was one of my first and most memorable experiences of travelling. 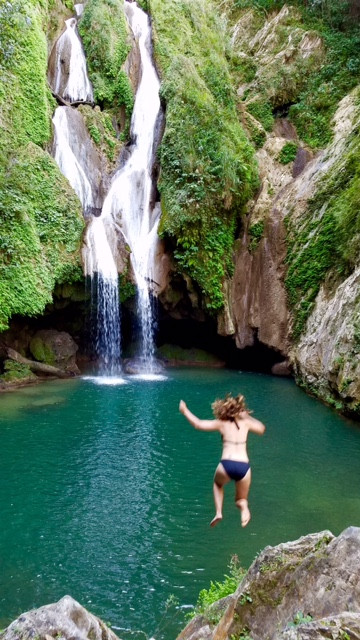