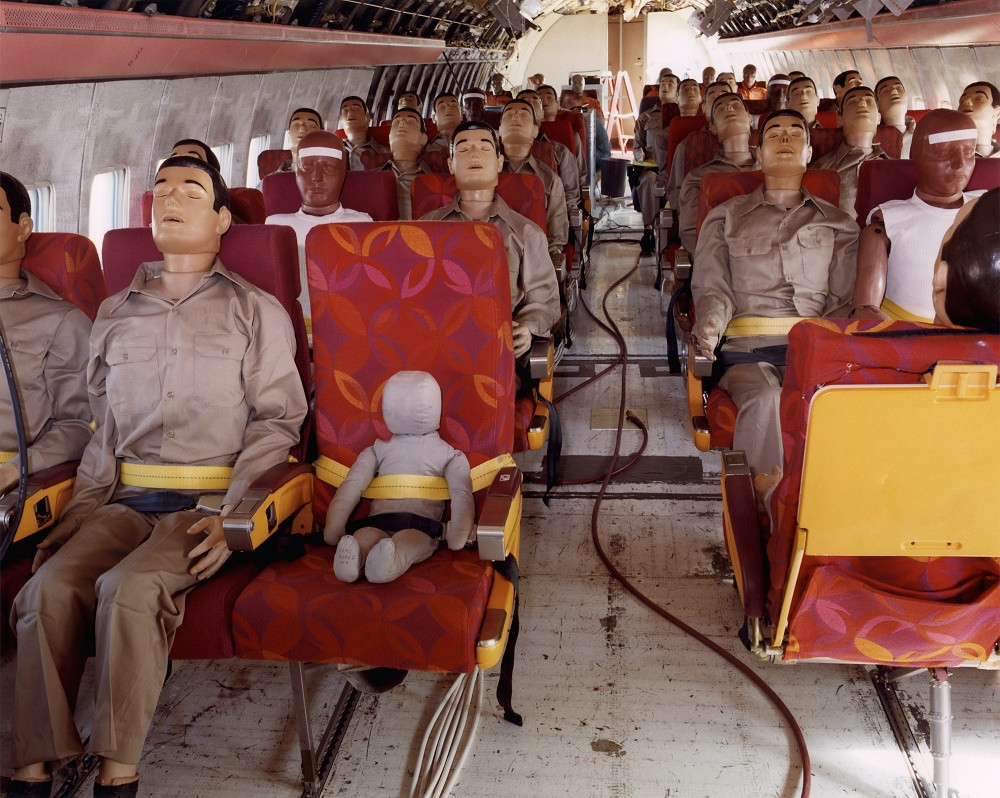 So, I travel a lot, and probably like many other people I’m kind of used to the sheep-herd mentality of fellow travellers that line up for security checks (sometimes 2 or 3 points of inspection, depending on where you’re coming from or going to); and whenever I’m told to ‘take all electronics out for inspection’ I’m kind of thinking, why? They’re about to x-ray whatever contents are passing through the conveyer belt thing, so why doesn’t it x-ray through that material my bag is made of?

Could it be that x-rays don’t penetrate metal? I know that circuit boards have a lot of metal and soldered material on them which potentially could make it easier to conceal items within, but then, there has to be a ration of metal-to-computer-circuitry that an intelligent scanning system would pick up, surely? Yeah?

That’s just one of my pet hates about airports and airlines, you know, from the ridiculous price of a cup of coffee to the mandatory route to the departure gate through a duty-free store. Though my biggest gripe is the ‘people’ thing and how some of the etiquettes of how to act and what not to do on an airplane aren’t understood – particularly for the long haul flights where you’re captive meat for hours and hours.

The first rule of flying (anywhere) is the personal responsibility to keep the toilets ‘nice’ and know how to lock the door. Don’t look offended if I push the door open while you’re in there; the light was green for vacant! Oh, and also, this in particular applies to some Chinese air passengers, it’s not cool to open the toilet door, lean in and spit to clear your throat. Cultural and social differences aside, when you’re travelling in a tiny sliver of aluminium together 38,000 feet above sea level, the throat and nasal clearing duties have to be conducted behind closed doors ‘cause I don’t want to hear you doing it!

Then (and this one really gets my goat!), there are the rules for how you occupy the personal space of a single airplane seat and the armrests, because 3 seats have 4 armrests. What to do? The rules are quite simple and follow an inarguable logic.

The window seat passenger enjoys a view and the plane’s window cavity and wall to lean on, so has the armrest that is on the window side only. Meanwhile, the passenger in the middle seat is at a location disadvantage (because he or she doesn’t get a view or the ease of access to the aisle), so is compensated by having both of the armrests to the left and right of their seat. Lastly, the passenger on the aisle must only use the armrest on the aisle side as they enjoy the freedom to roam whenever they wish without disturbing anyone else, as well as some extra leg room to gain in the passageway.

So that’s all clear about the order of armrests according to seat location, yes? Because unless you’re up in the business class and fancy-pants section above then it’s annoying to have to battle the ‘spreaders’ (that’s what I call them) who disregard the rules and want armrests that aren’t theirs and also lean on you, accidentally of course.

Did we speak about the etiquette of not reclining your seat during meal times so the passenger behind you doesn’t end up with their meal on their lap? Oh come on! That’s a simple one. What about the stupid laughter from someone watching a funny movie and because of their expensive noise-cancelling headphones can’t hear the hullabaloo they’re making that annoys those who choose to read a book when they fly? Don’t even get me started!

Anyway, no matter where you’re going, for how long or with whom, make sure you and your fellow travellers have a safe and friendly flight – courtesy of battleface’s easy guide to altitude etiquette.

Is freelance media in freefall?

How Covid-19 is affecting travellers and workers outside lockdown zones