His work has won accolades and awards from many international organisations including World Press Photo, Amnesty International Press Awards, the Leica Awards and the International Photo Awards. He has been a member of Italy’s National Order of Journalists since 2004.

First of all my, effort is focused on immerse myself in the situation that I want to document, trying to live as close as possible to the experiences, the difficulties, the efforts, the intimate life of my subjects, trying to put myself in their shoes. I do a big work on myself to do that.

I want to make the public feel something similar while they’re looking at my pictures. My aim is to generate questions.

I try to create the conditions to make the people thinking.

To make them question how would they feel in that situation. What could they do if it happened to them? How would they react?  This kind of questions…

Maybe it sounds obvious, but it’s not. It’s a simple concept, but not easy to reach.

To reach that feeling the journalist needs to work very close to the subject.

In documentary photography, I think that pictures have to be more than beautiful: many times it happens that a great picture, it’s not necessarily that good technically. Because maybe is not perfect, but it’s so powerful, meaningful, deep…

A very good picture makes you to think about the subject before and after the shot. At that point you start to make question to yourself.

That lets the image to hit your conscience, your soul, sometimes can leave you in a strange mood for a period of time. 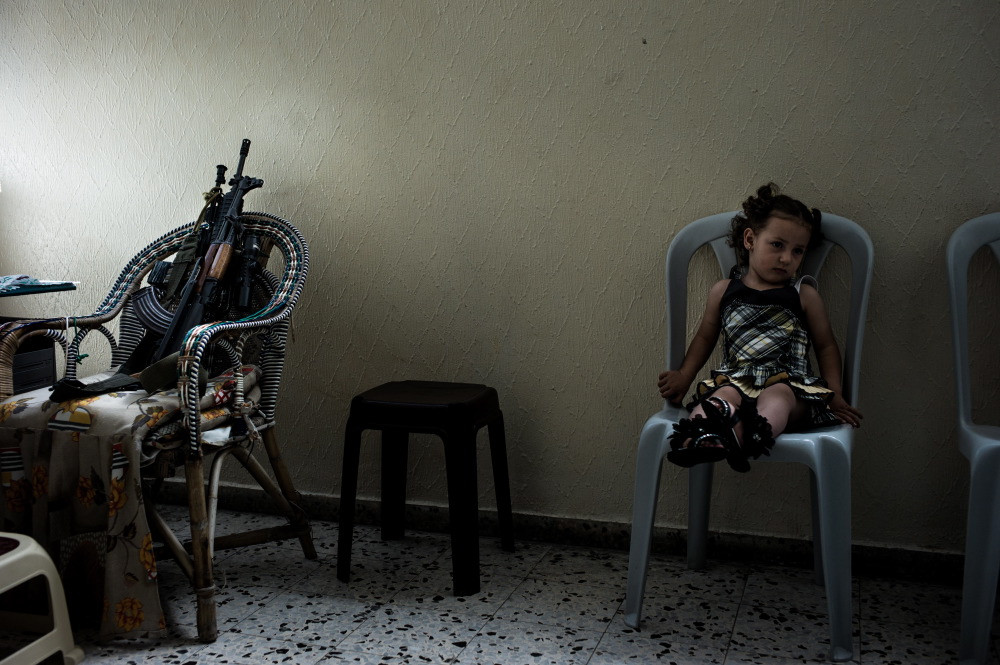 What or who first attracted you to covering conflict in hostile environments?

In 1999 I was in Amsterdam for vacation and I was walking around with a friend’s Nikon FM2 to practice, because at that time I was getting interested about photography…I was very young…and you know, reflex cameras are very fascinating for an amateur.

Walking around in Dam Square, I saw the signs ‘World Press Photo’ and I decided to enter to check what was that exhibition.

Once inside, it was stunning: what incredible photographers! What an incredible body of work!

That year James Nachtwey won a second prize with a story in Indonesia that was showing a Muslim man that was going to cut the throat to a Christian man. Meanwhile he was watching into the camera.

That picture made me so overwhelmed emotionally. It remained engraved in my mind for the years to come.

That day, in that moment, I felt something and then I decided that had to be my job and my life.

Is there anything you can’t survive without in the field?

I don’t know if I really can’t survive without, because I think that during a conflict, you can be in big troubles when you meet the wrong person, but you can be really safe if you meet the right one. It’s impossible to think to be completely auto sufficient in war.

Anyway, if we’re talking about real surviving (not mental health), we have not to talk about cameras and gear for work, right? 😉

I always carry with me my first aid kit, a bottle of water, tobacco, pure licorice, a candy bar.

What makes your approach different?

I’m an FFR (Freelance Frontline Register) member and I really believe in the power of the independent information.

It’s true that in this Social Networks Era, there’s a big risk as well: lots of people that improvises and disgorges a lot of ‘garbage’ at very low prices, thinking they’re ‘independent journalists.’

Editors should pay more attention to that, but I have to make an editor to understand and realize the difference. 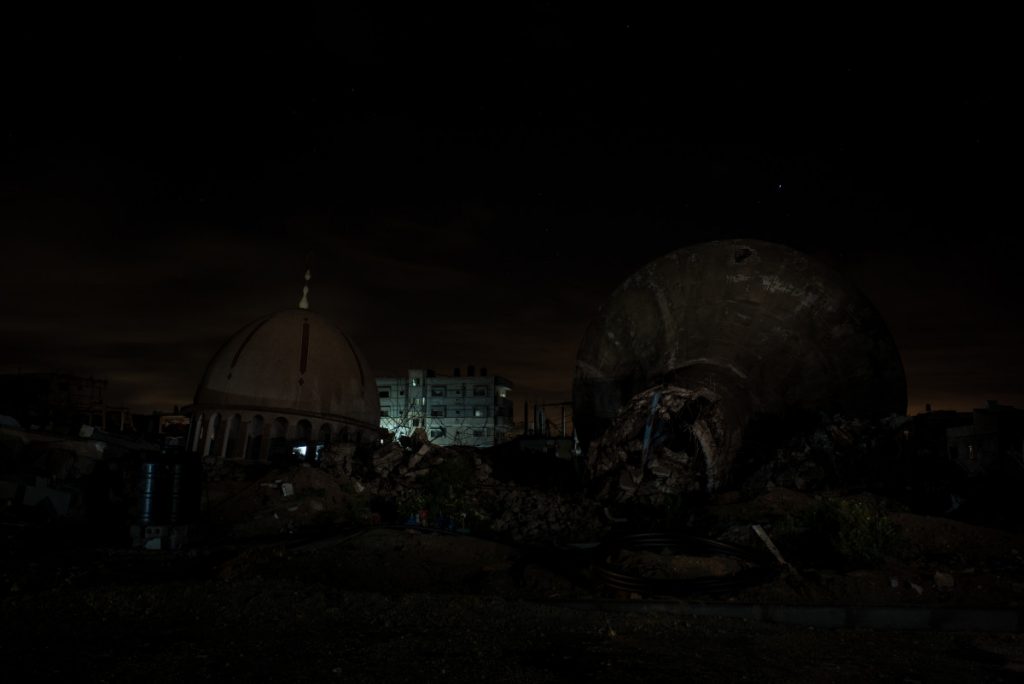 Describe that item you carry around with you all the time and never use.

I have taken the RISC training.

How do you measure risk and how do you protect yourself?

It is important not to confuse the analysis of the risk with the safety measures; measuring the risk (and realize that there is a real risk) does not mean get out from there. It’s about how to move into the risk.

I can measure the risk and protect myself talking with locals, talking with very trustable colleagues that are in that field before me… Reading reports of NGOs on that field…contacting them.

In the field you have to feel and to smell the risk then you think how to manage that risky situation.

For direct protection of my person I wear a body armor with helmet in case of battle or airstrike or risk of bombing attack. I don’t wear it even in war situation if I have to be intimate with my subjects. 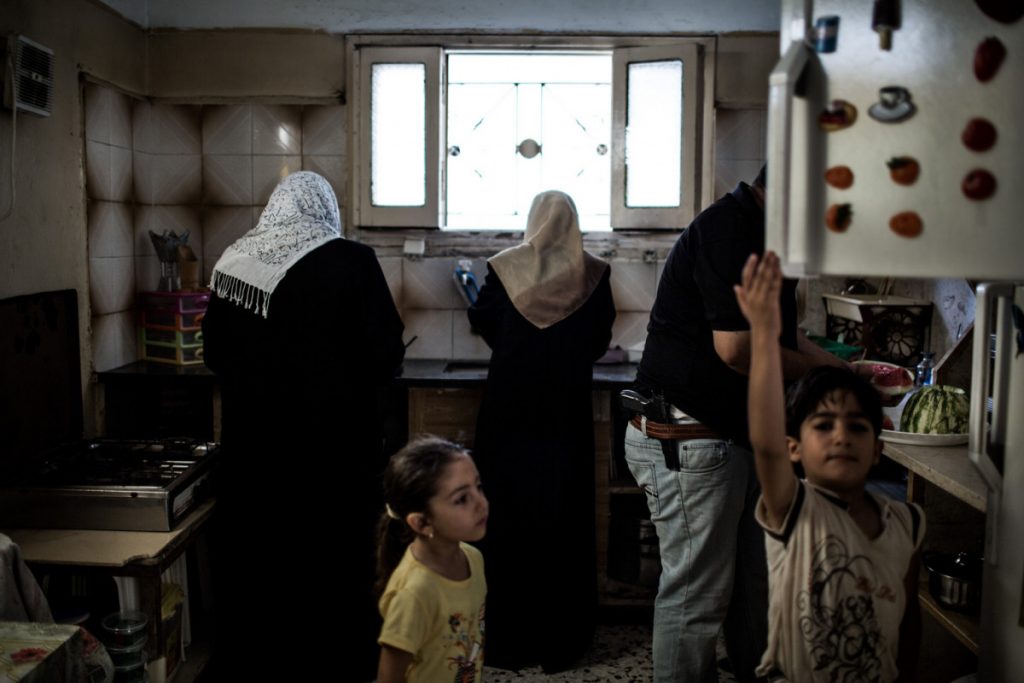 For example, if I have to enter in their home and it’s not shelling around, I always prefer to leave my body armor in the car.

A body armor in a field of Asymmetric Conflicts, puts a distance between you and their lives, it makes you so different from them. They have no protection, they are dying under attack or they don’t have any kind of safety, so I don’t want to be like Robocop that, wrapped in his safety, enters in their houses shooting picture and making questions. I want to be as much as possible close to their situation.

Describe your most rewarding career moment.

To do it, I will continue the story that I was telling in the second answer.

After that vacation, I started to work very hard self-taught, then I followed a Master in Photojournalism in Milan.

After the Master I was lucky and I found quite soon a job for local newspapers.

I worked non stop for years on crimes, social issues and portraits, then international issues.

In 2014, 15 years after that trip where everything started, I was invited in Amsterdam because my work Gaza BlackOut was awarded World Press Photo, 3rd Prize General News Stories. 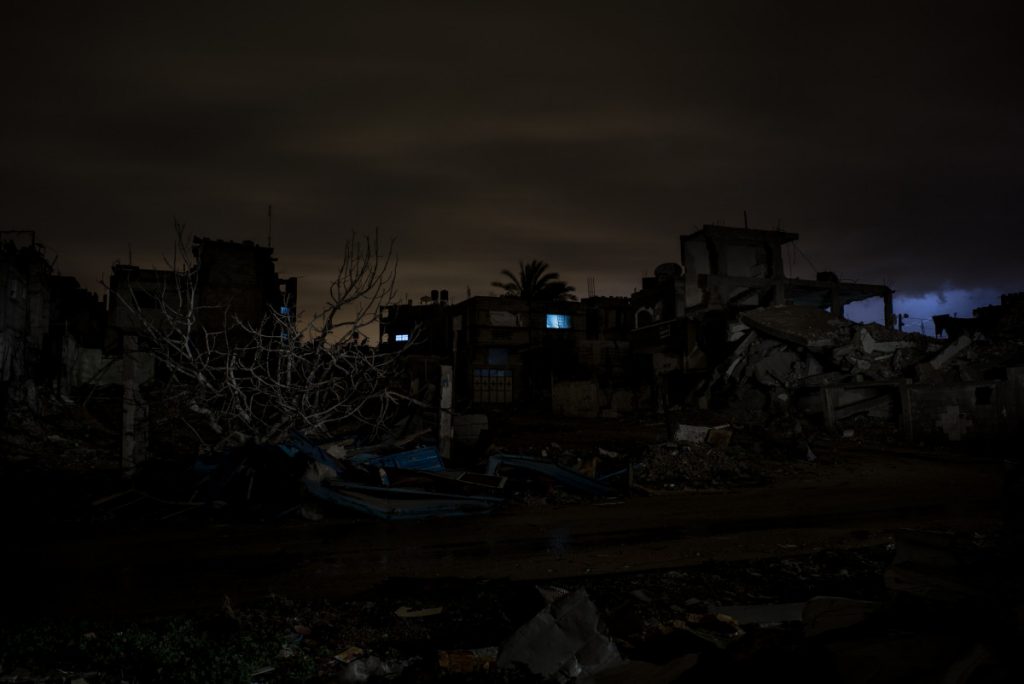 I paid my dues 24/7 on the street for newspapers…a circle was closed.

I was so happy for myself of course, but I was incredibly proud that the awarded work was about Gaza (that year, also my work The Concordia Show was shortlisted at WPP). 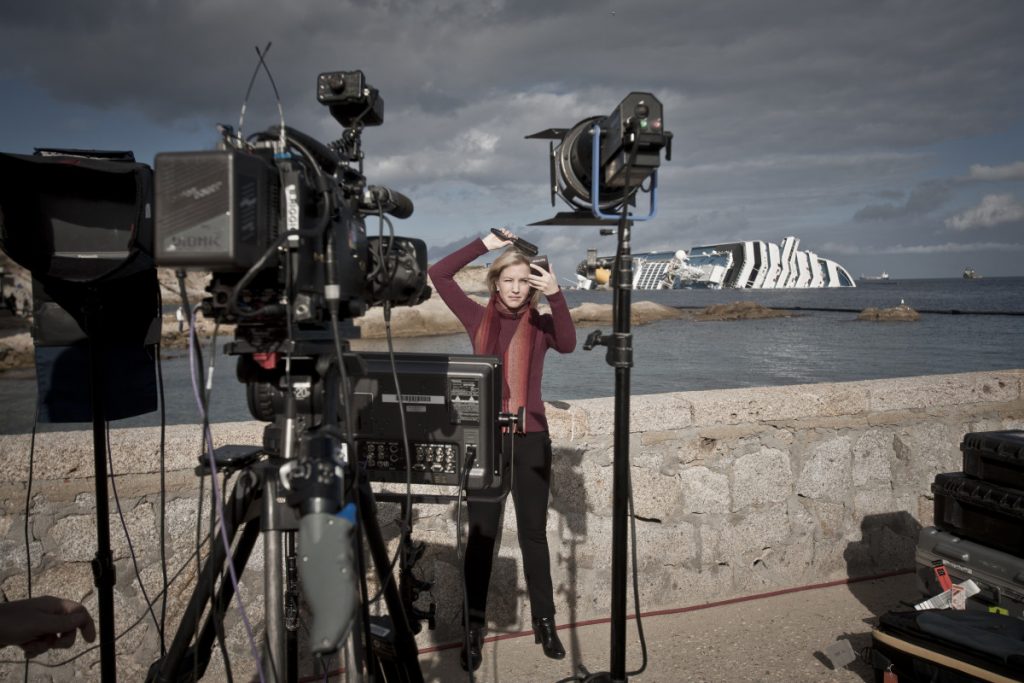 I was honored and proud that the jury said that they never saw Gaza by that point of view which was showing them how much the difficulties and the efforts were eradicated in the daily life of the people in war.

That was exactly what I wanted hear about that work.

Tell us about a recent project.

Exploring the private life of the fighters of the Palestinian resistance and the daily life of the only population on earth in that kind of state of captivity.

I’m talking about a concept that is very comprehensible; thinking about birds in a cage: they don’t even know how to fly.

That’s exactly what really happen in the Strip: people born and die into a piece of land approximately 40km long and 10km wide, without a proper instruction, access to fresh water, electricity, without a proper sewage system and…the list is long…

It’s incredibly difficult to understand the struggle, the frustration, the humiliation, the danger of that situation until you don’t leave in that conditions, but you know what? Even if I can only experience their conditions, I can leave and be free when I want!

But sometimes, in particular conditions, I couldn’t leave. 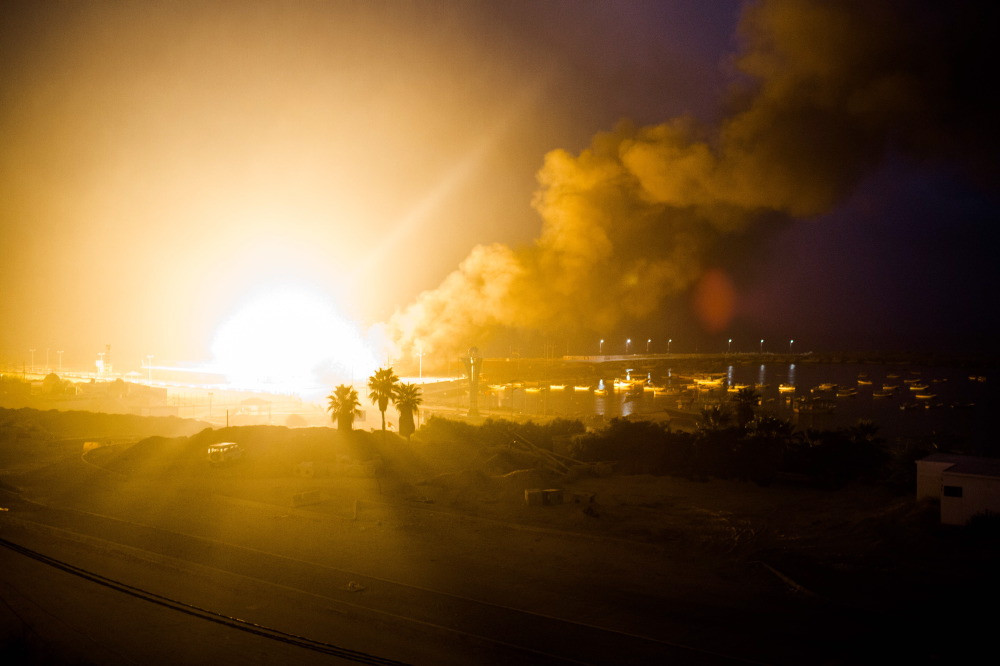 I remember in December 2013 there was the biggest flood in the last 25 years and it was impossible to leave the Strip because part of the wall at the Israeli border collapsed and nobody could go out or come inside, I had to stay a couple of weeks more. And also during war also, sometimes happens that you plan to go out, but the IDF [Israel Defense Forces] doesn’t allow the exit.

I can tell you that when you planned to leave a place and you can’t do that only because someone says simply ‘Not allowed,’ it’s very frustrating. And I want to be clear, that I’ll never feel something even closely to similar to these people, who were born, grown and died without any chance to come out, felt.